Insurance Adjuster: A Rewarding Career in the Insurance Industry 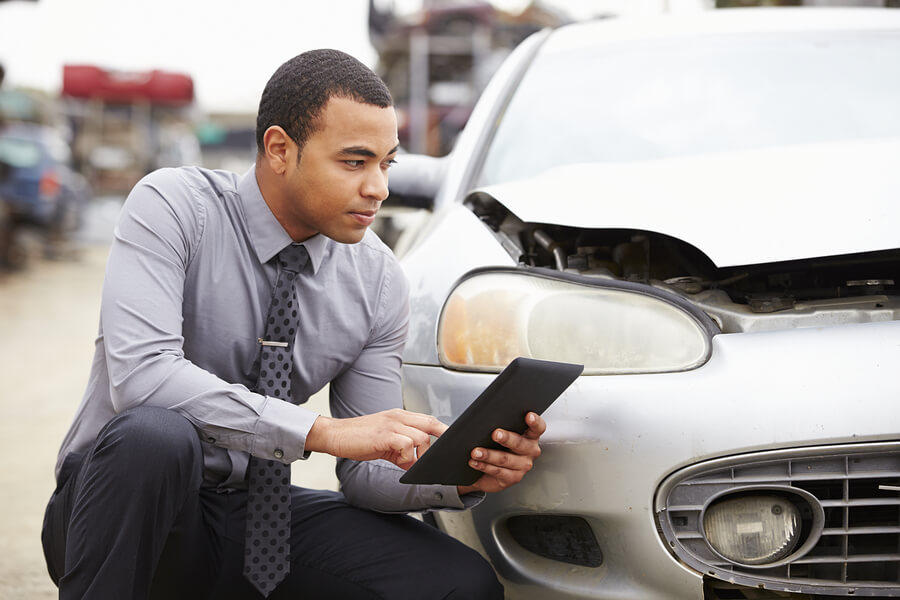 Most of us don’t have the expertise to calculate the cost of damage or find hidden damage. An insurance adjuster knows where to look when calculating the cost of repair.

What is a claims adjuster, also known as a claims handler?

If you have a loss, your adjuster can help you get paid for the cost of repair or replacement. They can also help with coverage for medical expenses or liability claims.

What is an adjuster?

A claims adjuster works with (or for) the insurance company. Their role is to calculate the cost of repair or replacement if you have a claim. Claim adjusters also coordinate repairs or remediation as needed.

Three types of claims adjusters exist. Staff adjusters work directly for the insurer. Independent adjusters may work for multiple insurers, depending on demand.

A third type of claims adjuster, called a public adjuster, works for the insured. They negotiate a settlement in exchange for a percentage of the claim payout.

What is a claim?

If you have an accident or if your home is damaged, your policy may offer coverage for your financial loss. The process of asking your insurer to pay for damage or losses is called a claim.

Nearly every state requires auto insurance. Lenders usually require home insurance. But the real reason for buying insurance is to cover our financial risk if we have a loss.

Placing a claim puts our policy to the test and often covers thousands toward the cost of repair or replacement. Without insurance, we’d have to cover the entire cost of the loss out-of-pocket.

What does an insurance adjuster do?

Your insurance policy details your coverage limits. The insurer will pay up to the limit for damage caused by a covered claim. An insurance adjuster determines the cost of repair or replacement.

Insurance adjusters also work with other team members to process the claim. These may include appraisers, examiners, or investigators.

The adjuster inspects the damage and determines how much the insurer should pay for the loss. When gathering information to process the claim, the adjuster might interview people, review police reports, or consult with other experts.

Most claims don’t require a large team of specialized experts, however. For simpler claims, the adjuster inspects the damage and calculates the cost of repair or replacement.

The adjuster may not be the person who approves or denies a claim, though. The information collected by the adjuster gets passed on to the claims examiner. However, the adjuster is the representative who is in direct contact with the consumer.

Others represent the insured. For many types of claims, the insurance company’s adjuster can handle the claim fairly. However, it’s helpful to understand who the adjuster represents.

Most insurers employ their own team of adjusters. A staff adjuster works directly for the insurer and is the face of the claims department when working with customers.

For most routine claims, the fact that the staff adjuster works for the insurer won’t affect your settlement. Generally speaking, the insurer wants your claim to go smoothly.

Both staff adjusters and independent adjusters represent the insurer from a legal standpoint. A public adjuster takes the other side and represents the insured.

This role lasts until the claim is resolved. Many times, the insurer or agent won’t even discuss the claim with the policyholder once they’ve hired a public adjuster.

If you’re considering a career as a claims adjuster, the 10-year employment outlook is stable. However, expect some industry consolidation. Automation may also impact the role of adjusters.

According to payscale.com, you can expect to earn about $70,000 per year as a full-time adjuster. At over $70,000 per year, the income opportunity as a claims adjuster compares favorably with the median household income of just over $63,000.

How to become an insurance adjuster?

Typically, you won’t need a college degree to become a claims adjuster. However, many states require licensing, which also includes a test. Expect to work under an experienced adjuster to learn the ropes and the processes essential to the job.

Insurers usually have their own in-house training as well, a process that often takes months to complete but which helps educate candidates on the details of adjusting claims as well as how to process paperwork unique to the organization.

Several well-known online providers offer training and license exam prep. You’ll learn the ins and outs of insurance policies including the types of coverage and exclusions.

In many ways, because specialized training is layered on top of policy coverage training, insurance adjusters are among the more knowledgeable reps within an insurance company.

Most states require insurance adjusters to register for a license with the state. However, over a dozen states don’t require a license at all.

If your state borders other states within easy travel distance, it may be worth your while to get licensed in the neighboring states as well.

In many cases, there are reciprocal agreements in place that allow your current license to qualify you for a license in another state. Expect to pay an annual or biannual fee for each state license.

If you have training or experience, you’ll find plenty of opportunities to work as an insurance adjuster. Jobs include both full-time and part-time, and you may even find some work with flexible hours.

However, because adjusters often work directly with customers, your work hours may center around times when policyholders and team members can be reached.

Job boards like Indeed.com or Monster.com offer a good starting point for full-time work. For part-time or flexible-schedule work, consider starting your search on a platform like Flexjobs.com.

We found hundreds of openings nationwide for claims adjusters on Flexjobs.

Best insurance companies to work for

While the insurance business has plenty of regional players, if you want the most opportunities for growth, you may want to narrow the list to national insurers.

This allows you to move from state to state, if needed, and you may also get a better benefits package. The best national companies to work for — as rated by employees — are names we all know.

Rated as one of Glassdoor’s Best Places to Work in 2018 and 2019, Travelers Insurance is a solid choice for someone starting a career as an insurance adjuster. With nearly 3,000 reviews from Travelers employees on Glassdoor, the company scores about 4 stars out of 5 for its rating. Nearly 75% of workers would recommend Travelers to a friend looking for work and 85% approve of the CEO.

Over 2,500 employees rated Progressive at 3.8 out of 5 stars. Glassdoor also awarded the company with a Top CEO award and Top Workplace for Parents award for the past 3 years.

Much of Progressive’s business focuses on auto insurance, so expect to find the most opportunities in auto claims. Progressive offers health plans as well as a 401k plan with a generous 6% match.

It’s hard to go wrong with Allstate — or even its subsidiary Esurance. The $10 billion insurance giant runs its business through a nationwide network of captive agents.

That means the agents primarily sell Allstate policies and you can focus your energy on supporting just a few policy types. Applying for work with Allstate is an easy process and over nearly two-thirds of the employees surveyed applied online.

Benefits are among the strongest selling points for Allstate employees. Expect competitive health plan options coupled with time off and a healthy 401k match.

How to negotiate a settlement with an insurance claims adjuster?

For simpler claims, you often won’t need to negotiate with your adjuster at all. This is particularly true for auto claims because the repair or replacement costs are more transparent than with home insurance claims.

For claims with more extensive damage or those that involve injuries, be sure to document all your costs. You can then draft a demand letter or enlist the help of an attorney or a public adjuster.

How to deal with an insurance adjuster after a house fire?

With home claims, your best defense is often your records. Take time to build a home inventory before you have a claim. If you do have a claim, report your claim immediately and work with your adjuster to safeguard your home until repairs begin.

A fast settlement may not work in your favor in the case of a fire. Many times, problems can appear later that resulted from the initial claim.

If you suspect the claim settlement may be less than the true cost of repair, consider hiring an attorney or a public adjuster. Sadly, neither of these options are free.

How long does an insurance adjuster have to respond?

In most cases, an adjuster will reach out to you to review your claim within a day or two after you file your claim.

How to negotiate with an insurance adjuster an auto total loss?

Total loss claims are usually paid based on the value of comparable vehicles in your area. If the claim settlement is below what you feel the car is worth, do your own research on auto sales sites and set a wide area of 100 or even 200 miles.

Document the prices and ask your adjuster for an amount comparable to the other vehicles you’ve found.

What not to say to an insurance adjuster?

What to say or not to say may depend on the type of claim. However, you don’t want to admit fault nor should you speculate about causes. Stick to the known facts.

You also don’t need to discuss your injuries right after a claim. Only a doctor or specialist can determine the extent of your injuries. It may also be wise to avoid recorded statements.

After a claim, everything is uncertain. Take your time in the process to be sure you’re not accepting a settlement for less than your actual loss.

Can you negotiate with insurance adjusters?

Yes, you can negotiate with an adjuster. However, the decision may not be within the adjuster’s authority. You’ll help your case by documenting why a settlement offer is below the cost of your loss.

Can you fire a public adjuster?

When you hire a public adjuster, you enter into a contract with the public adjuster to represent you for that claim. Your contract dictates the conditions for ending the contract. Be sure to read before you sign.

How many insurance adjusters are there in the US?

According to the Bureau of Labor Statistics, there are about 350,000 adjusters and related workers. Public adjusters, who represent the policyholder, add to the total number of adjusters.

Do insurance adjusters get a commission?

Staff adjusters and independent adjusters are paid through the insurer. Public adjusters contract for a percentage of your claim settlement. While not a commission per se, they do take a share of the claim.

Who do insurance adjusters work for?

An insurance adjuster can help you get your claim resolved but that doesn’t mean the adjuster is always on your side. Staff adjusters represent the insurer. In fact, their role is to provide a settlement based on the coverage described in your policy — no more and no less.

As with most business dealings, you’ll have to safeguard your own interests. Cooperate without volunteering too much information. Like they say on the court shows on TV, what you say may be used against you.

If you’re looking for a career change and enjoy helping people, a job as an insurance adjuster offers a solid future and an attractive base income.

Share this ArticleLike this article? Email it to a friend!
Email sent!